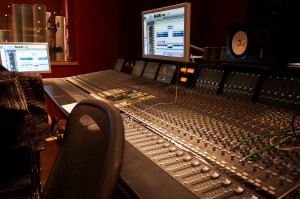 Say A Prayer for Christmas

I remember when I was young at Christmas time and all the family picked their TV slot on Christmas day of
what they wanted to watch. Mine without question would always be Top Of The Pops so I could hear the
official Christmas no1. Those days the Christmas songs were very festive and were full of Christmas spirit
with Sir Cliff Richard always in the running for top spot. Those days have now unfortunately vanished within
the last decade where half the Christmas no 1 has been dedicated by X Factor where sales are generated by
popularity and not by festive sounds. There has been a few in between Christmas no 1 spots that are
independent but again most of them don’t support a Christmas theme. Lets have a quick look at some of the
previous Christmas no 1 spots in the last 9 years. Last year LadBaby “We Built This City” (on sausage rolls)
Great idea and fair play all for charity however I have never eaten a sausage roll on Christmas Day and it’s
not related to Christmas. 2017 Ed Sheeran Perfect. An amazing song I must confess i love Ed Sheeran however
not a festive song either. 2016 Rockabye Clean Bandit. Great sound for a club unfortunately again no
festive spirit. 2015 “A Bridge Over You “ The Lewisham & Greenwich NHS Choir. Love this song and amazing
talent involved. 2014 “Something I Need” Ben Haenow X factor winner. Not Festive however popularity takes
control. 2013 “Skyscraper” Sam Bailey. Brilliant voice however again X factor rule the world. 2012 “He Aint
Heavy, He’s My Brother” The Justice Collective. Remake of a classic song however doesn’t represent Christmas
but is a quality tune. 2011 “Wherever You Are” Military Wives With Gareth Malone. Love this song and cant
help keep playing it well done. 2010 “When We Collide” Matt Cardle. Yes you’ve guessed another X Factor
Winner which doesn’t sound like a Christmas no 1.

After hearing Last years Sausage rolls (fair play Ladbaby) I thought of writing a Christmas song that would
have a festive feel to it just like old times. The song would need to represent a Christmas sound and at the
same time make us all think about others that are less fortunate in life on Christmas DAY than we are.
Before writing the track I looked into people being all alone on Christmas Day with no one to share the
festive spirit with. Its quite shocking once you look deeper into the subject and try to understand what it
would be like. Imagine you are on your own with no friends or family and no access to social media, Isolated
or unable to go out you probably don’t even have any telephone calls. Well there are many people in this
situation mainly the older generation where they have lost partners and have no family left. Isolation and loneliness
is a major part of our society and we don’t realise how big the situation is. Most of us having
family/friends around us constantly probably don’t even give it a thought as we aren’t made aware of how
large the problem has become. This gave me an inspiration on the song title “Say A Prayer For Christmas” .I
feel this is something that everybody can do despite your financial position or Religious statues take 1
minute of your time and say a prayer for someone lonely this Christmas Time.

Taking into the values I had previously researched I wrote a Christmas song consisting of festivity joy and
a strong message for all. To bring ideas on paper to life was more challenging than anticipated however
having an amazing network of professionals that wanted to help made it a lot more easier .Jason Honeywell
alongside Aiden Malik help myself produce a basic track. Once the track was outlined on a very basic scale I
brought the idea to the table to The Lockerz and Locketts. The song would need to be recorded properly in a
studio and the instruments would need to be played live to give it a more natural sound. After hiring Modern
World studio for a weekend in the middle of July and experiencing a heat wave the Saturday was strictly
vocals. The Lockerz were the main group with The Locketts as backing singers and of course being a Christmas
Song a choir was required. Sister Sing was well suited for the job and kindly donated their Sunday to be
involved. Sunday also saw musicians flocking in to help and support us with Bass, Piano and Drums being top
of the list. Paul Quinn, Tim Price and Mark James all gave up their time to record live session instruments
for our track and Tony Hobden was the key producer to slot everything together. Tarrant Shepherd was an
amazing recording engineer while Pete Taylor and Mark Hearton had the difficult job of video and media. Once
we had recorded the session it was a get together with Tony and I to mix the finished article. Hey presto
Finished track. Next Stage is Website and properly the biggest task. Jason Smith has yet again kindly
supported via his website design company SmartWiser to update our previous website.

I WOULD LIKE TO THANK EVERYONE INVOLVED IN MAKING THIS HAPPEN ON BEHALF OF THE LOCKERZ AND TO EVERYONE
BEHIND THE SCENES THAT PROBABLY DON’T EVER GET A MENTION. Without the support of everyone involved it
wouldn’t be possible to achieve our goal. Thank You so much……….
From The Lockerz

This Story has been written by CJ from The Lockerz

Over the last 20 years, the number of people over 75 who live alone has gone up to 2.2m

The Lockerz are proud to announce we have teamed up with Re-engage to help Make A Difference.

Every Copy sold of The Lockerz Christmas SONG “Say A Prayer For Christmas” will be donated to Re-engage and help the older people from isolation and loneliness. To find out more info or donate to this amazing charity please visit their website below.